This Page Contains Articles And Information Pertaining To Our History Then And Now, Most Are Free To Download And Use As Long As You Show The Source As “Taylor E. Hoynes, Jr. Colonial Publishing Co.” 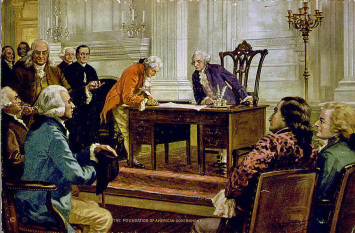 Constitution of the United States of America

In Rememberence of Constitution Day 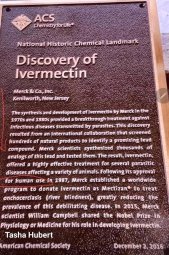 In its drug development efforts, Merck worked with the World Health Organization (WHO) to design and implement human clinical trials with ivermectin for river blindness in Senegal in 1981, under the direction of Mohammed Aziz (1929–1987). The results with single doses of the pill proved the effectiveness of the drug against river blindness, and ivermectin was approved for human use in 1987 under the name Mectizan® 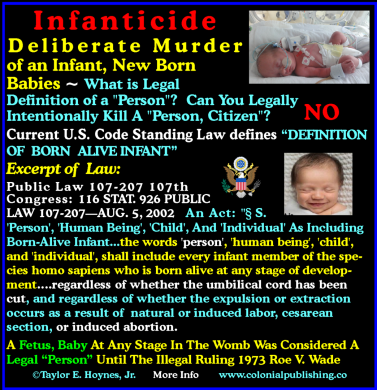 What is Legal Definition of a "Person"?

Special Postings From the   Publisher

Audio Visual, the "Declaration of Independence", based on “Republic or Democracy, Is There A Difference” on YouTube. Check out the truth of what the Founder's said and did.

Here is the Link: 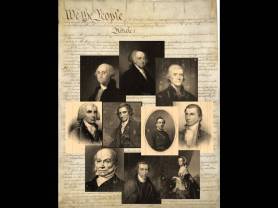 Republic or Democracy, Is There a Difference

But Mom, I Can’t Read This

Taylor E. Hoynes, Jr. © 2012  (Please read Post Script at end of article regarding this and Common Core which is a national educational initiative to further increase the standardization of our public schools curriculum and education)

From 1963 House Of Representatives Congressional Record

This has and is happening right now; WAKE UP AMERICA

"Your children's children will live under communism. You Americans are so gullible. No, you won't accept Communism outright, but we'll keep feeding you small doses of Socialism until you will finally wake up and find that you already have Communism. We won't have to fight you; We'll so weaken

your economy, until you fall like overripe fruit into our hands."

“Democracy Is The Road To Socialism”

“The Transition-Affirming Protocol Is Child Abuse”

The Immigration issue has become such a “hot topic” of the political arena and especially the presidential race for 2016 the answer seems “clear as mud”.   Because it is such an emotional issue we must rely on the clear Rule of Law only.

Scholars Scholars Everywhere and Not a Drop of Truth!

What was the Intent?

The answer is always there by going to the Constitution and back to those who wrote it and using the historical data “in their own language”.

To read and/or save a copy of this new essay click below: 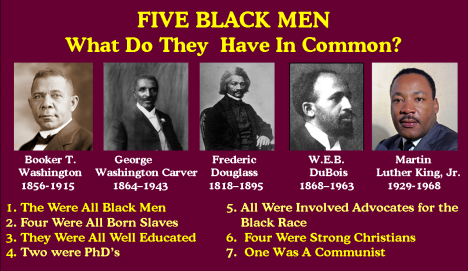 Compare the lives and approach of four of these great Americans to many of the charlatans and race baiters of today vs. one who was and promoted communism.  The same old liberal solution “pour more money to the problem” and that will fix it; “Been There Done That”.  Fortunately there are true reformers in the Black Community that are rising up and bring real solutions with them; “Education Education Education” and a fair market system for all. 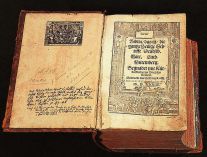 It is apparent our government does not think so.

There are attacks on Religious Freedom from all sides of government worse from our Military which is hard to believe or understand.

What about the Muslim faith?  No it is not only not under attack, it is PROMOTED BY OUR GOVERNMENT.

Harder to believe the attack on God and especially Christianity and yet Nat’l Polls show that 94 percent of Americans believe in God and Over84 percent believe in Jesus Christ.

NO, HE IS NOT EVEN SICK!

Does God Matter Anymore In America?

Does America Now Have a "Rogue Government"?

What Is The Difference?

"Impeachment Under the Rule of Law

Minorities and the Principles of the Constitution

I heard a black conservative call into a major conservative radio program and he asked a very legitimate question; “how do I share and convince my liberal black friends on why they should even celebrate the Fourth of July and consider the Founding Fathers because of the slavery that existed at that time?”.They believe that the Constitutionwas a pro slavery instrument and therefore it was for whites only and slanted against blacks.

Unfortunately most Americans of all races do not know much about the U.S. Constitution as well as many politicians from the federal down

to the local level.

Minorties
Minorities and the Principles of the Con[...]
Adobe Acrobat document [1.4 MB] 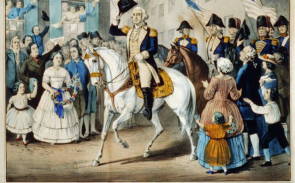 ‘Spirit Of Party’ Warnings Of The Danger Of A Split Party System From President George Washington By Taylor E. Hoynes, Jr.

America is in constant Political Gridlock because of having a "Split Party" system.  In our modern government we now have 3 or more parties, Republican, Democratic, Libertarian and Independents. People for years have insisted we must have a two party system or we would never get anything done.

Well, how is that working out for the country?
Read this warning from President Washington 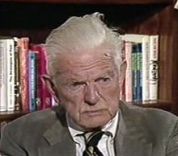 As stated in Chapter 10 of “Republic or Democracy” here is the copy of the Dodd Report
In addition there is information on the U.N.'s Agenda 21 which is a treaty and how President Barack Obama, George W. Bush and others signed and are implementing this usurpation of our U.S. Constitution.

“The Constitution, which at any time exists ‘till changed by an explicit and authentic act of the whole People, is sacredly obligatory upon all.”
George Washington 1783 — letter to Alexander Hamilton

NORMAN DODD, DIRECTOR Of Research covering his direction of the Staff
of
THE SPECIAL COMMITTEE
of
THE HOUSE OF REPRESENTATIVES
to
INVESTIGATE TAX EXEMPT FOUNDATIONS
for
the six months' period
November 1, 1953-April 30, 1954